Power of Attorney (Procura) is a legal document allowing the “principal” to bestow certain powers/faculties to the “attorney”,   to act on the principal’s behalf.

This document states exactly the powers and the limits the principal gives to the attorney; when granted for specific tasks and limited powers for the Attorney this instrument is defined Limited Power of Attorney (Procura Speciale) .

Public officers in charge to check the validity of a PoA have to make sure all the substantial and formal requirements are complying with the law.

By the Principal: this can be done at any time by means of the same legal document used to confer it in first place.

The USA, UK and Australia have signed The Hague Convention of 5th October 1961 which abolished the Requirement of Legalisation for Foreign Public Documents. In any case, an Apostille Certificate or Stamp, also known as the Hague Apostille, is required as proof of authenticity.

Extract of an interview released to the property portal Gate-Away

We're not around right now. But you can send us an email and we'll get back to you, asap. 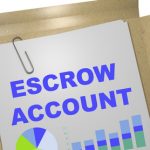 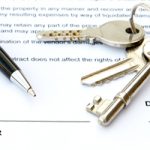